Reminiscences: My Early Days in City Barge, by Nick Birch

Reminiscences: My Early Days in City Barge, by Nick Birch

“What a great idea”, I thought to myself while looking at an old photograph taken in the early 1900’s of a gondola on the river at Stratford-upon-Avon; “…to put a gondola back on the river again!”

The one in the photograph had been owned by a turn-of-the-century author, Marie Corelli, but she had died in 1924. Amazingly I found the boat still existed; I tracked it down to a film services company that used it as an occasional prop, but they were in no mood to sell. 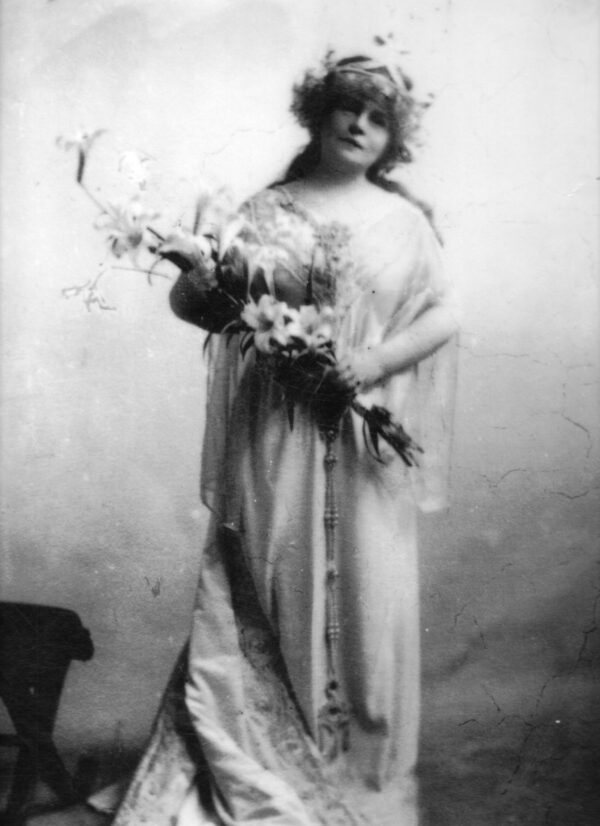 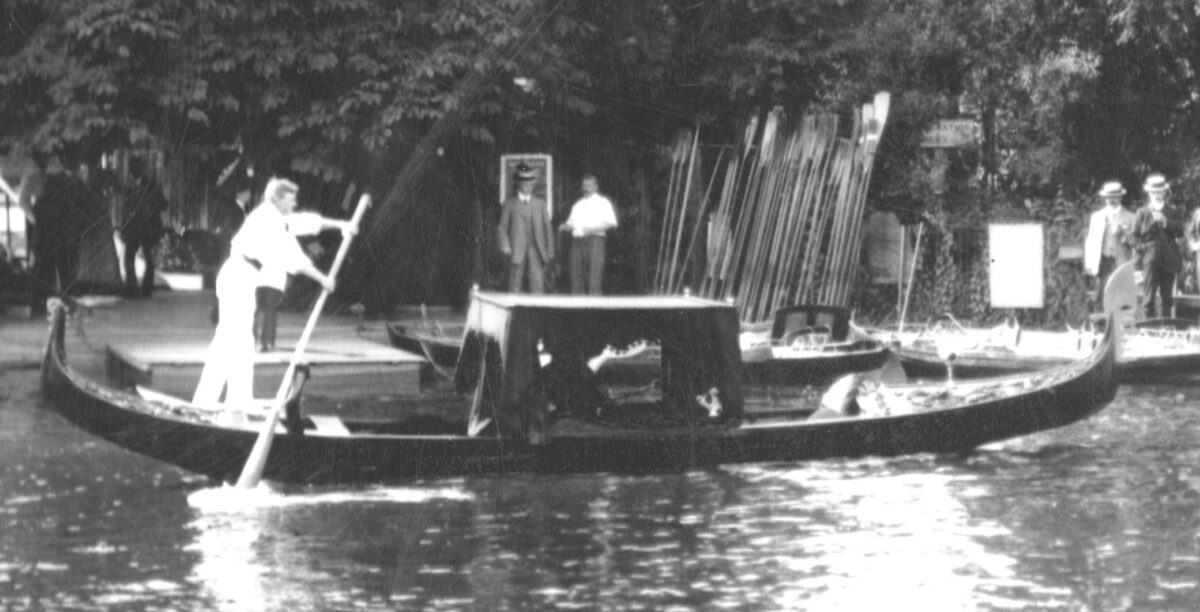 I was at the time a wooden boatbuilder working at Roses boathouse in Stratford-upon-Avon maintaining their large fleet of traditional boats, so why not build myself one and learn the curious art of propelling a Venetian boat with one oar? It seemed very exotic and quite exciting.

A friendly reply to my letter to the Italian Consulate in London came back referring me to a gondola builder in Venice who might be able to help, and mentioning a Venetian boat that was to be donated to a rowing club based in Oxford called City Barge. At the launch and dedication of the Sandolo Ashley Clarke, donated by the Venetian Rowing Club Società Canottiere Querini in June of 1994, I met Tess and Ennio Penzo and Richard Norton and had my first try at la Voga alla Veneta. 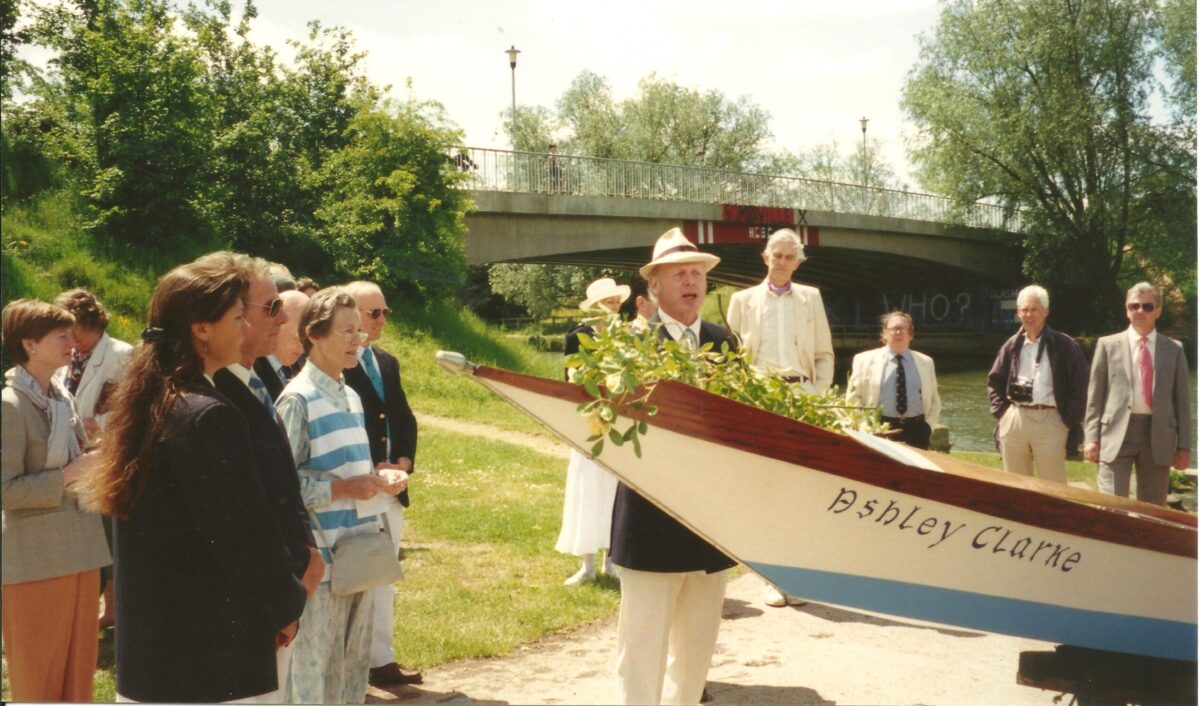 Tess and Ennio had arrived with two other members of the Querini to row the Ashley at Henley Regatta, and give tuition to our growing band of vogatore, including Roger Blackburn, Alex Martin, Anthony De Winton, Tim Williams, John Rew, Ian Chater, to name but a few. At that time the club had one converted “Venetian punt” rigged with metal forcole to row venetian style, so the Sandolo was a very welcome addition, however we all felt a bit green under the eyes of expert Venetian oarsmen.

One of the rowers form the Querini, Roberto Costa, brought me a set of gondola plans, and most importantly enthusiasm and encouragement for what everyone else thought was a madcap scheme. later that year, during a trip to Venice to tour the gondola builders, I realised how complex and difficult a job it would be to build a gondola. It was Roberto who suggested a simpler solution; buy one and take it home. As a local he managed to find one at a bargain price and negotiate a deal.

It was Roberto who suggested a simpler solution; buy one and take it home.

On Easter Saturday in 1995 the transport arrived in Stratford-upon-Avon, and six weeks later, following a re-paint from stem to stern and new brass embellishments, Rosanna was re-dedicated at a launch party at the Boathouse attended by City Barge and our friends from Venice. 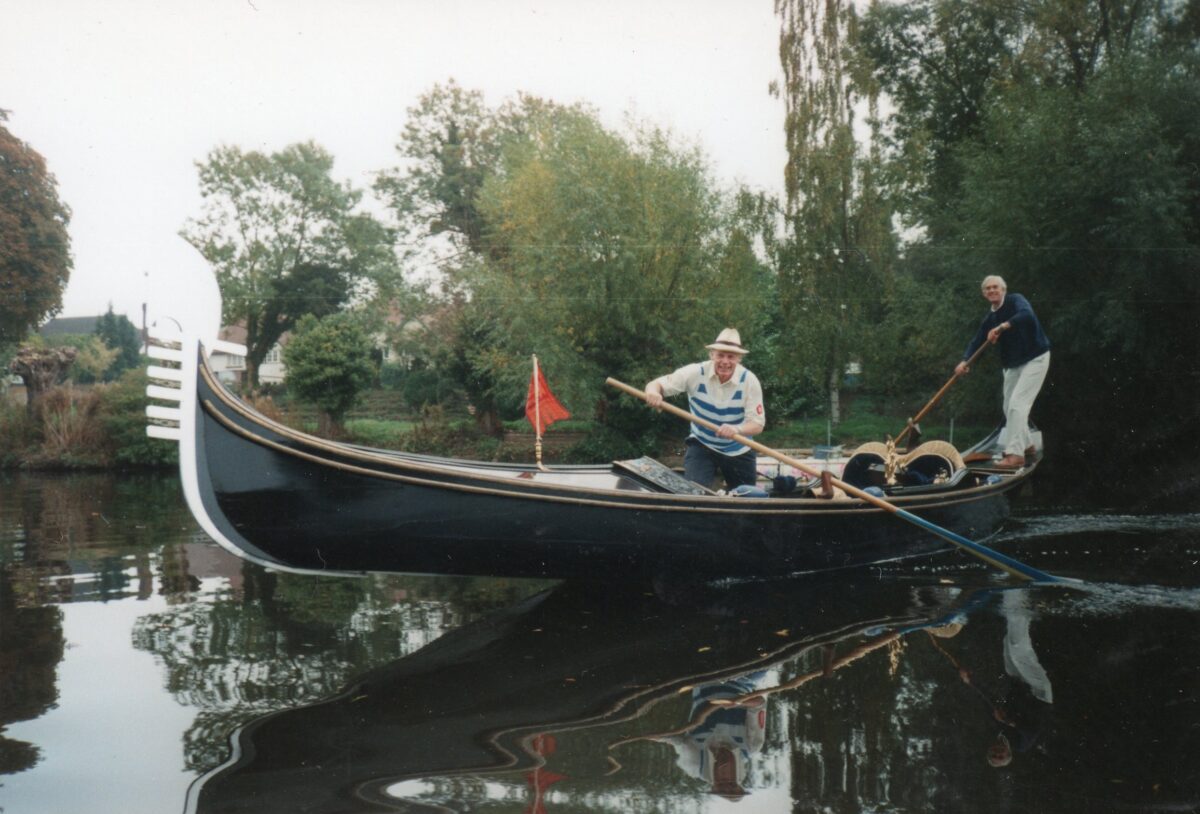 I became a regular at City Barge outings on the Thames and other rivers we visited, at regattas and social events, sometimes taking the gondola with me. Although normally rowed by one, she was rigged with extra forcole to be rowed by two or four people while still having space for passengers to be carried in style. She certainly attracted attention, and gave pleasure to all who went in her. 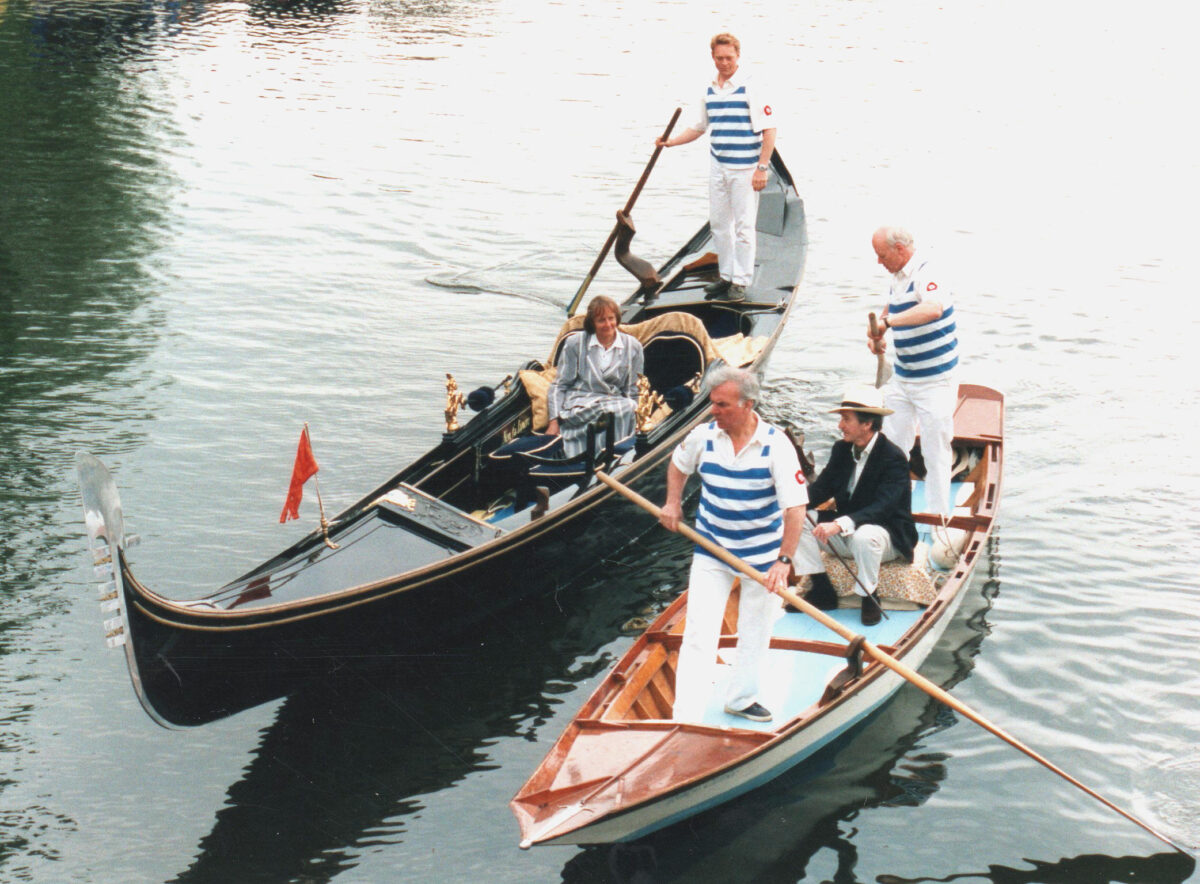 I became a regular at City Barge outings on the Thames and other rivers we visited, at regattas and social events, sometimes taking the gondola with me. Although normally rowed by one, she was rigged with extra forcole to be rowed by two or four people while still having space for passengers to be carried in style. She certainly attracted attention, and gave pleasure to all who went in her.

At the next gathering in Stratford organised for City Barge, a real Venetian who wanted to join the club came too; Mario Pianta. He deftly boarded the gondola and took her for a quick spin on his own, returning with a broad smile on his face. He’d always wanted to row a gondola, and though he was Venetian this was his first time! He explained that in Venice the gondola is a working boat for the tourists, looked down on by the inhabitants, but it is an icon of the city they are very proud of. We all benefitted enormously from his effusive humour, skill, and friendship.

City Barge membership increased as other devotees of Venetian rowing joined the club, occasionally with their own boats. This helped add to the fleet and provide more opportunities for frequent outings and training. At that time we still had no physical base and boats were scattered amongst the members who either kept them on the nearest stretch of water, or trailered them to outings.

The Querini invited us back to Venice to participate in the Vogalonga, and every year a growing contingent would travel to row the 30km around the lagoon. We were made very welcome by the Venetians who recognised our support in maintaining their traditions, and helping to protest against the moto ondoso, or excessive wake from the motor-boat traffic destroying the fabric of the city.

Sandolo Serena on the Kennet & Avon Canal near Pew