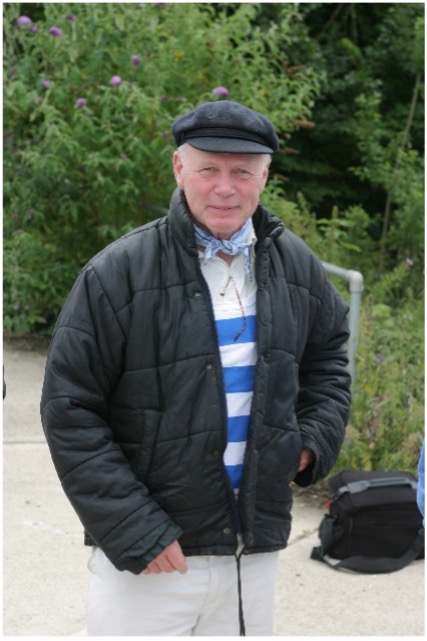 RICHARD NORTON studied physics at Hertford College Oxford. He became a rower and aspired to be in the blue boat to compete against Cambridge.

Unfortunately, he was not selected, but teamed up with another rejected rower, Hugh Scurfield and as a pair they trained determinedly, to succeed in another way. They did indeed, and won the goblets prize at Henley Royal Regatta in 1959. At that time, I was unaware of him completely, but was in the final of the Princess Elizabeth Cup for under 19’s at Henley on the same Saturday, 4th July 1959.

Richard and Hugh went on to compete at international level as a pair,  coming fourth in the European  Championships and wining a regatta at Copenhagen. They trained mercilessly in a program devised particularly by Richard who read avidly from all available rowing texts. Studies were a second consideration, and they were both awarded “a rowers degree” in acknowledgement of putting Hertford on the international rowing map.

Richard remained passionate about rowing after graduating, and was key to a project to find a better boathouse for Hertford to train from. The College bought the old, somewhat ugly, “Tim’s Boathouse” at Longbridges and a graduate of the college, Alan Marsh, produced architectural plans to enlarge it and make it look as smart as it does today. The Oxford City Council gave permission for the conversion on condition that a non-university club would have space within the converted boathouse. Richard decided to form the required club from rowing friends at Oxford, Cambridge and elsewhere and the term was fulfilled. The club became “City Barge” after Richard desire to reconstruct a livery barge, as used on the Thames in London in days past. The object of the club was to enjoy rowing all sorts of manually propelled boats and to promote good waterman-ship.

I first met Richard in 1995, 36 years after that finals day in Henley, for a lesson in rowing, standing up! The club had veered off into learning this artful minority sport practiced in Venice. I thus became Richard the second within the Club. There were to be many more Richards reaching a maximum of six in about 2005. We early standers all leaned to row on a punt converted by Nick Birch, on Richard instructions, to be propelled by four standers, and a small sandolo called “Ashley Clarke”, given to us in 1993 by the Querini Club in Venice, with whom Richard developed a close relationship. Richard invited Lady Ashley Clarke to become the club’s honorary Vice President, which she still is at the time of writing.

The club was populated by many experienced sitting rowers, many of whom took to the Venetian style, “voga alla Veneta” in order to take part in the 32 kilometer annual rally at Venice, in May, called the “Voga Longa”. Before long the club had 30 members who had reached this standard.

Early extra activities were organized by Richard on other rivers, and publicized in a quirky little news sheet called “Waves and Reflections”, written in Richard’s own enigmatic style. The club rowed in Stratford-upon-Avon, London, Cambridge, on the Charente and the Lot in France, Poole Harbour, and elsewhere. In 2003 the club had expanded beyond the limits of being organized by Richard as chairman, and his close friend, Roger Blackburn, as secretary. A committee was formed with a “Standing Captain” and a “Sitting Captain” and the usual other official positions. Nick Birch was “Gondolier” have one such vessel in Stratford. What fun was had in a variety of boats, and a variety of locations all generated by Richard’s initial drive.

When Parkinson’s disease made communication with Richard more difficult, and he began to fade in physical ability, he did keep on rowing Venetian style. To give him a roving role within the club, and acknowledge his huge contribution, he was made President instead of Chairman, and continued to support the club until entering a care home. He died on 18th July 2015.

Sandolo Serena on the Kennet & Avon Canal near Pew